Or Keep It Small and Simple. The goal was to quickly assemble some lights for my Python lowracer which I didn't plan to ride very often at night - on a bike this low, oncoming car headlights glare you all the time.

Assuming infrequent usage, there's no point in buying an expensive and heavy dynohub - a simple bottle dynamo will do. It just had to be left-handed to fit the only available spot on my front "fork". Nominal power is 3 W, measured maximum short-circuit current is 570 mA. I didn't take complete characteristics this time, assuming something similar to the previously measured Aufa. I removed old rusty spring-loaded terminal from the dynamo and soldered output cables directly to the coil ends for better conductivity and reliability.

The lowracer also has a trailer hitch, so the taillight must be compatible (see earlier) - 9 red LEDs at the rear are necessary. The rest is not important, so I used a modified Profilite torch as a headlight, three triplets of yellow diodes along the frame and one extra red as a capacitor-powered standlight.

D1 bridge converts alternating current to direct, C1 capacitors smooth it out and accumulate it to power LED3 after a stop. D2 Zener diode protects the LEDs from overload. The lights consume 396 mA at maximum voltage and a theoretical maximum generated current is 570 mA, so D2 can't get more than 174 mA which is safely below its rating.

Unplugged jack routes power to LED4. When plugged, LED4 are bypassed and the power goes to the trailer lights. LED3 is on all the time.

I finally learnt to make circuit boards, so there are almost no prefabricates this time. All you need is a special paint to draw the conductor pattern on a cuprextite, an etching solution to remove unpainted copper, and a small drill with a 1 mm bit to make lead holes.

The bigger PCB came from the abovementioned torch, the connection is changed from parallel to a serial/parallel combination by interrupting some of the conductive paths and connecting others by R1 resistors. The third LED array didn't fit inside, so I placed it on a separate board:

A 9-pin serial port connects the cables to the headlight body:

Pin numbering is arbitrary, I wrote it here just to remind myself. Originally I planned to solder everything permanently (every connector is a potential source of bad contacts), but the ability to take it apart won in the long run. 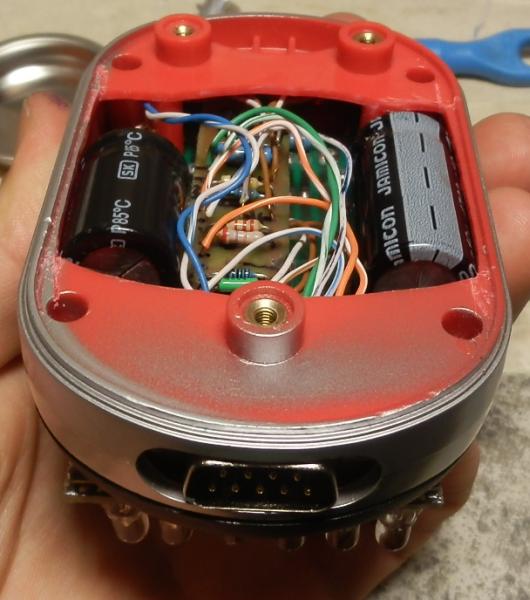 New internals replaced the removed battery bay and the port fits through a hole for an auxiliary three-LED light (removed as well). 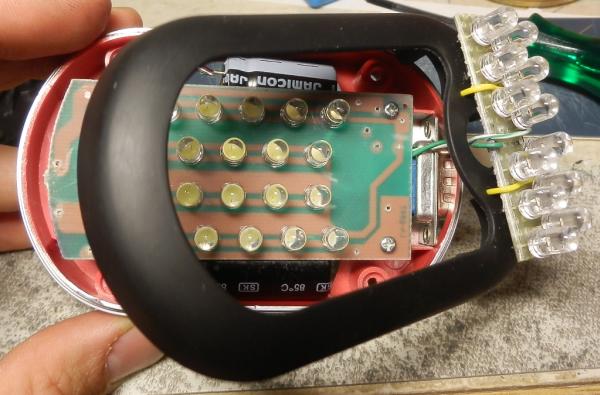 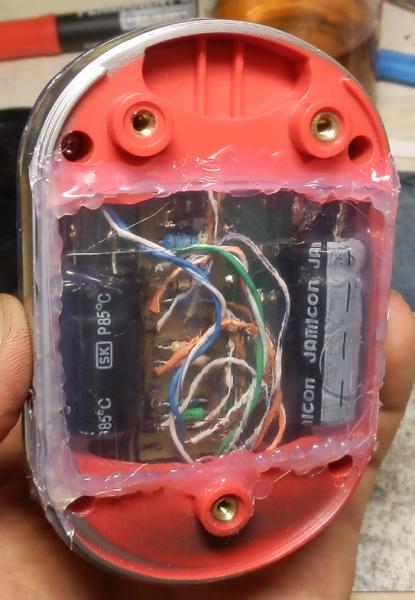 The original rear cover had to go away because it didn't fit around the bulky capacitors and because the three brass nuts are needed to mount the light to its support. 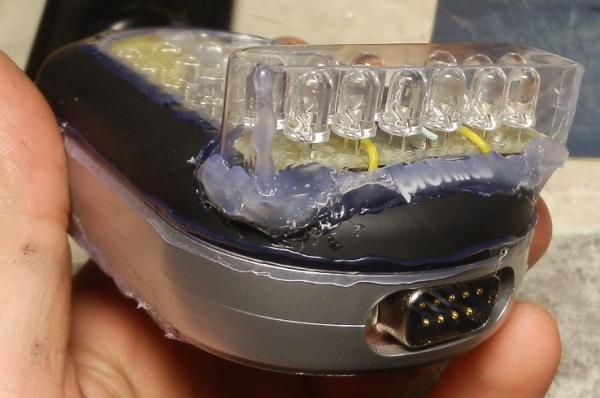 The support is cut from a rectangular aluminium profile and bolted to front derailleur tube. 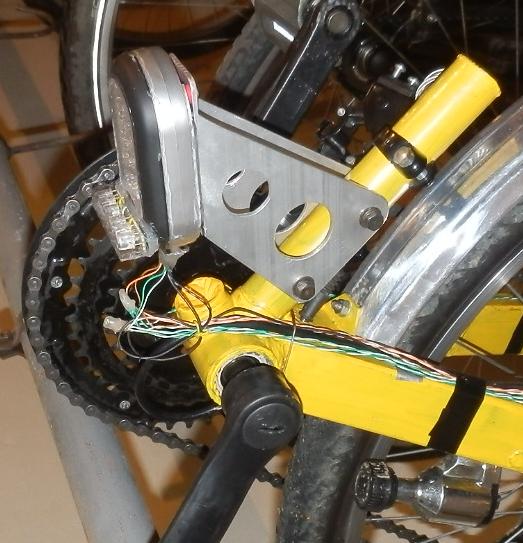 All rear LEDs are mounted on one PCB which fits neatly over the original light bulb socket and is held in place by one screw. 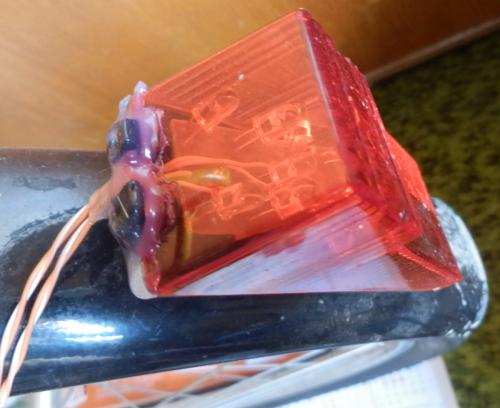 It's enough to make riding in the dark safe, it's light and foolproof, it adds no rolling resistance when disengaged and it's compatible with my trailer. Summed up, it could be worse. 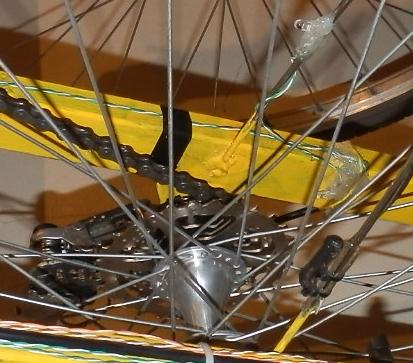